On March 23, we will finally see the official launch of the OnePlus 9 series. as far as we know that launch would include an OnePlus 9 and an OnePlus 9 Pro. However, speculation has abounded that there would be a third, cheaper model in the family and those speculations are very much true.

Now, OnePlus CEO Pete Lau has confirmed that is the case. The budget entry in the 9-series line will be known as the OnePlus 9R. In an exclusive interview with News 18. here we are with

Unfortunately, Lau didn’t divulge much as far as specs, pricing, or other nitty-gritty details. However, he did have a few things to say that shed light on what to expect.

previously we have given a glance on One Plus 9 series

we have seen some videos on Oneplus which seems a direct competition and which is in a healthy way, but there is no way that OnePlus can hit Apple with its present tech.

iPhone’s are purchased only for the major reason of Surrounding Eco system survival.

it won’t have snapdragon 888 and which will feature 765G snapdragon in it with 5G, here if we compare Apple doesn’t come with the difference in chipsets in flagships or budget, but they come up the network and many more.

still we aren’t aware that which processor is hosted in this budget phone, nothing more to wait, more 4 days to go.

OnePlus 9 Released and here is the good news 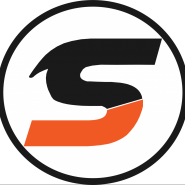 Pixel 5, What has been baked by Google, is this available to everyone

What are the best budget gaming phones under 15000

Another Innovation from LG Rolling phone from LG.