You may know that Oneplus released its prestigious yet pricey flagship at a whopping price of Rs. 64,999 for the 8GB + 128GB storage variant and Rs. 69,999 for the 12GB + 256GB storage model for the pro version. Take a look at our previous oneplus post for the price ranges.

Now, the problem here is OnePlus 9 Pro users are reporting overheating issues. The phone is often heating up, particularly when using the camera app. Several users went to the OnePlus community forum to complain about the issue. OnePlus confirmed that a software fix is coming in the future.

As mentioned there are many users complaining about this issue in that thread community forum. People complain about the overheating warning showing up then they use the camera app.

While smartphone heating is not a new problem, it is happening more often in OnePlus 9 Pro smartphones more than we’d expect. There were reports about the last year’s flagship getting hot back then.

This sudden heating issue of the OnePlus 9 Pro is a surprise as the manufacturer took a lot of care into the heat dissipation in the OnePlus 9 Pro’s design, specifically due to the smartphone’s fast wireless charging feature. To make sure that the OnePlus 9 Pro remains a normal temperatures while charging wirelessly, they added thicker copper and a larger heat sink than the OnePlus 8 Pro. OnePlus 9 Pro also comes with two 25W battery cells, which helps in controlling heat and fast charging. 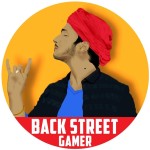